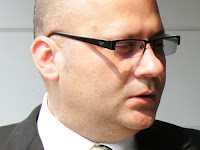 Carson Yeung Ka-shing is apparently making astute appointments at Birmingham City FC. It will be interesting to observe how Birmingham City FC will develop as a team in the Premiership and as a marketing strategy in Greater China.

Pannu was cleared of corruption, assault and criminal intimidation charges during his career.

A company spokesman said the former senior anti-triad officer and barrister had the legal knowledge and appropriate management experience to serve the club.

Pannu has said he will be vice-chairman of finance and executive matters, while chief operating officer Sammy Yu Wai-ying will be responsible for the soccer-playing side of the business.

In January 1993, Pannu was charged along with a colleague with accepting HK$20,000 from Sun Yee On triad boss Andely Chan Yiu-hing. Pannu was alleged to have accepted the bribe to protect the gangster, known as the “Tiger of Wan Chai”, from a police operation against him.

Pannu’s trial was halted more than three years later because of a missing witness and because Chan had by then been murdered. Pannu was also cleared of assault and criminal intimidation charges.

The court said missing witnesses could have helped Pannu’s case and without them he could not receive a fair trial.

During the years he was suspended from the force on full pay, Pannu completed a law degree.

A spokeswoman for the Hong Kong Bar Association said Pannu was admitted as a barrister of the High Court of Hong Kong in 1997. He resigned from the police force in 2000 and finished practising as a barrister in the middle of last month.

The Grandtop spokesman said the company had no comment on previous connections between Grandtop and Carson Yeung Ka-shing, the former hairstylist turned businessman who has been the public face of the takeover.

Referring to Pannu, he said: “We have taken advantage of his knowledge and experience … at this stage, Peter has no formal status within the club or exact position.”

This entry was posted on Saturday, October 10th, 2009 at 00:27 and is filed under media, society, sports. You can follow any responses to this entry through the RSS 2.0 feed. You can leave a response, or trackback from your own site.