Alfresco Dining in Public Spaces To Be Axed. A Lone Dissenting Voice?

In just one week since the Central and Western District Council decided to ban all restaurants from using or renting public spaces, there have been 12 (yes, twelve) letters in the SCMP condemning the “ridiculous” decision. I won’t post all 12 letters on this blog (unless there are requests to do so).

However I will post 1 other letter (see below), this time a dissenting voice that appears positively overjoyed by the District Council’s ban. This letter writer is a well known local activist (e.g. campaigns for tough anti-smoking laws, tackling noise pollution on public transport, and preserving the city’s shorelines). She may have a point, but first where is the evidence to support her “conspiratorial” views?

Reference (SCMP)
Should rules on open space be more flexible?

I applaud Central and Western District Council for shutting down the polluting, smoking, outdoor dining venues on public open space, the same way they had the courage to do for all public parks in their district (“Alfresco dining in public spaces across Central and Western off the menu from July”, May 21).

In Stanley, where alfresco is synonymous with “polluted by tobacco smoke”, I routinely see men laughing while holding their lit, smoking cigars right next to the faces of little children who are walking by. It is perverse.

The restaurant lobby does not want “vibrancy”.

It wants, triad-like, to take control of our public property, sell liquor to smokers and the public be damned.

Alfresco Dining in Public Spaces To Be Axed. Chairman Who?

Amid the alfresco dining hullabaloo, I noticed that the SCMP were not consistent with the actual name of the chairman of the Central and Western District Council. Who is the chairman?

Or is it a Chan Tak-chor (from the council’s homepage that was last updated on 23/1/2008)?
Apologies in advance, but is this yet another case of Too many Chans cooks spoil the broth?

Alfresco Dining in Public Spaces To Be Axed. Too Many Cooks?

The District Council at the heart of banning alfresco dining in Central and Western complained that the government had passed the buck to district councils on the use of public open space without providing proper guidelines for approvals (see reference).

“We are being set up. We shouldn’t be the ones to make the decision,” council chairman Chan Chit-kwai said, urging the government to issue guidelines for their reference.

Point 1. When I first read about this commotion yesterday, I immediately suspected “the problem lies with lack of communication between government departments and district councils”. It turns out there are at least 3 levels involved: Development Bureau, Lands Department, and poor little “left out” District Council.

Point 2. Who actually gets the rent money? If the rent goes directly to the Lands Department, then it is little wonder the District Council are causing such a commotion.

A ban on alfresco dining in public open space in Central and Western district has hurt Hong Kong’s image as a world city, two major players in the food and beverage industry say.

The complaints came as the district’s councillors gave a three-month grace period to an Italian restaurant yesterday to comply with the ban. The councillors, under pressure to reverse the ban, said they did not want to approve the cases by themselves and called for government guidelines to help their decision making.

The ban, imposed by the district council in January, was triggered by a revelation last year that the Times Square developer had profited from renting out a public piazza and limited public access.

“I’m surprised that Hong Kong said it’s Asia’s world city. It is taking a backward step,” said Grant Baird, operations director of the Epicurean Group. The group manages about 50 restaurants in the city, of which at least 10 are in Lan Kwai Fong.

The pair were responding to the plight of the Gaia Group, which had been told by the Lands Department that its licence for running an Italian alfresco dining facility at Grand Millennium Plaza in Sheung Wan would end in mid-July because of the council’s opposition. The facility had been approved since 2004.

Representatives of the Epicurean Group and Igor’s Group, another high-class catering company, attended a council meeting to show support for Gaia. Both said the decision would “kill their business”. “It’s a big decision and the council is trying to represent Hong Kong. I don’t think it’s very good,” said Mark Cholewka, operations director of Igor’s, which would have nearly 40 restaurants by next month, some on waterfronts.

Gaia’s chairman David Cheung stressed in the meeting that its Italian restaurant had been paying a HK$180,000 annual fee for operating at the plaza and the business had not caused any public disturbance. Some elderly people had even said the tables and chairs provided by the restaurant made the plaza a friendly space to rest and meet old friends.

The councillors said they were willing to reconsider the decision. They complained that the government had passed the buck to district councils on the use of public open space without providing proper guidelines for approvals. “We are being set up. We shouldn’t be the ones to make the decision,” council chairman Chan Chit-kwai said, urging the government to issue guidelines for their reference.

While some councillors complained the Italian restaurant allowed customers to smoke outdoors, others said they could not judge whether it had abused the use of public open space. Mr Chan said the council would send a team of volunteers to inspect about 100 public areas in the district and gauge public views on the use of such places.

The inspection and survey would take six months.

In the meantime, it agreed to allow Gaia to operate outdoors temporarily until October while it sought advice from Secretary for Development Carrie Lam Cheng Yuet-ngor.

A spokeswoman for the Development Bureau said it would monitor further developments, adding that an application for commercial use of a public open space would be considered on a case-by-case basis, taking account of lease conditions and views of relevant district councils.

Alfresco Dining in Public Spaces To Be Axed. Why?

In their vengeance, overzealous District Council members have decided to ban all restaurants in Central and Western (which includes SoHo and Lan Kwai Fong) from using or renting public spaces as dining areas. This will have a negative impact on the area’s alfresco dining atmosphere.

This is yet another “HK Red Tape Moment” that makes you sigh and shake your head. The Central and Western District Council’s decision is based on their apparent resentment that rent money was being paid direct to the Lands Department, without the council’s initial knowledge. In fact, anyone can approach the Lands Department and request to use government-owned land, and this is sometimes allowed in return for a rental fee. There is little wrong with that practice.

The problem lies with lack of communication between government departments and district councils. Each has its own jurisdiction and powers that can sometimes be at odds with each other. I suspect the chairman of the council’s committee, Chan Hok-fung, and his cronies, suffered a “loss of face” when they discovered Gaia Ristorante in Grand Millennium Plaza was giving rent to the Lands Department (supposedly behind their backs), and therefore used their position to settle scores.

Chan uses the excuse that “restaurants should not be allowed to profit from occupying public space”. So what will Chan and his cronies do instead? Will he rely on limited government coffers to provide public benches, which are clearly needed in Grand Millennium Plaza? Unlikely. Or will he keep public spaces bland, featureless and unusable? Likely.

All outdoor dining areas on public open space in Central and Sheung Wan are to be closed from July after a row erupted this year.

The first restaurant affected is Gaia Ristorante in the Grand Millennium Plaza. The Italian restaurant has rented a portion of the plaza for outdoor dining since 2004. Restaurants in Lan Kwai Fong could also be affected.

The Central and Western District Council’s decision was criticised yesterday by diners and an academic, who said the move was irrational and would affect the area’s vibrancy.

The council will hold an objection hearing today for the restaurant. The council’s food, environment, hygiene and works committee decided to ban commercial activities on public open space after the Times Square saga, in which the developer was found to have profited from leasing the piazza for commercial activities without approval while limiting public access.

Although Gaia has been paying the Lands Department an annual fee of about HK$180,000 for operating on the plaza – and the outdoor facility covers only 40 square metres, about 5 per cent of the plaza’s area – the department informed the restaurant last month that its licence for outdoor dining would end on July 15.

The chairman of the council’s committee, Chan Hok-fung, said restaurants should not be allowed to profit from occupying public space. “If we approve the case of the Italian restaurant, should we allow other restaurants as well?” he said.

A spokesman for the restaurant said its outdoor facility had become a public gathering place.

“We encourage the public to use our outdoor tables and chairs freely before the restaurant opens at noon and we beautify the plaza with greening,” he said. “The decision will force us to lay off some waiters serving customers sitting outdoors.”

Mr Ngan, a man in his 60s who sits outside the restaurant every morning, said: “Why close it down? The restaurant sometimes offers us drinks.”

A Mrs Cheung, 70, said it was a good place to meet old friends. “Where do we sit if they take away all the tables and chairs?”

Ng Mee-kam, associated professor of urban planning at the University of Hong Kong, said she could not believe the decision, remarking that “the council is taking a step backward”.

She said cities in Europe have been introducing commercial elements into open gardens to foster community spirit.

Lawmaker Patrick Lau Sau-shing urged the government to provide district councils with guidelines over the use of public open space. He also suggested using fees paid by restaurants to improve the design of local open space.

“The alfresco dining is an attraction to tourists and residents,” he said. “The council should conduct a proper public consultation before making such a decision.”

Gaia Ristorante’s outdoor dining area which is clearly being used by the public.
Photo: Oliver Tsang

There’s a recent tongue-in-cheek post about Chinese tennis star Zheng Jie and her feminine physique, who is apparently drawing some interest from the Netherlands (of all places). I’m sure people in other places are interested in Zheng Jie too. I enjoy tennis, so I will briefly comment on Zheng Jie. Incidentally, I managed to watch her and other women players in action earlier this year in Victoria Park during the World Team Challenge exhibition event.

Two-time Grand Slam doubles champion and Wimbledon singles semi-finalist Zheng Jie is a talented tennis player who, because of her particular physique or body type, tends to play in a similar way to how Michael Chang used to play. She is a counter-hitter or counter-puncher who willingly scurries and scuttles around the court, which has the effect of further developing those thigh muscles of hers. Yes, she’s got big thighs. 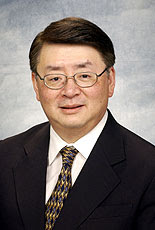 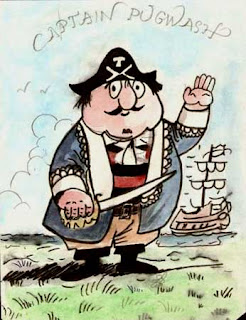 About HK Doppelgangers: This is just a lighthearted, superficial list of real Hong Kong people (usually in the public eye) and their doppelgangers (either real or fictional). No offence is intended, and any resemblances are entirely due to one’s own perceptions shaped by experience and exposure to life’s wonderful social diversity.